Each year the Student Parliament awards a prize for excellent teaching at UiO. With this prize we wish to create awareness about the importance of teaching and learning, and inspire lecturers and seminar leaders at UiO to focus on teaching.

Every student, professor, administrative or academic staff with a connection to UiO can nominate candidates to the Teaching Prize. The nomination must contain a justification for why the candidate deserves to win the prize for teacher of the year 2018. Nominations may be submitted to s.a.biseth-michelsen@sp.uio.no. by May 23nd. 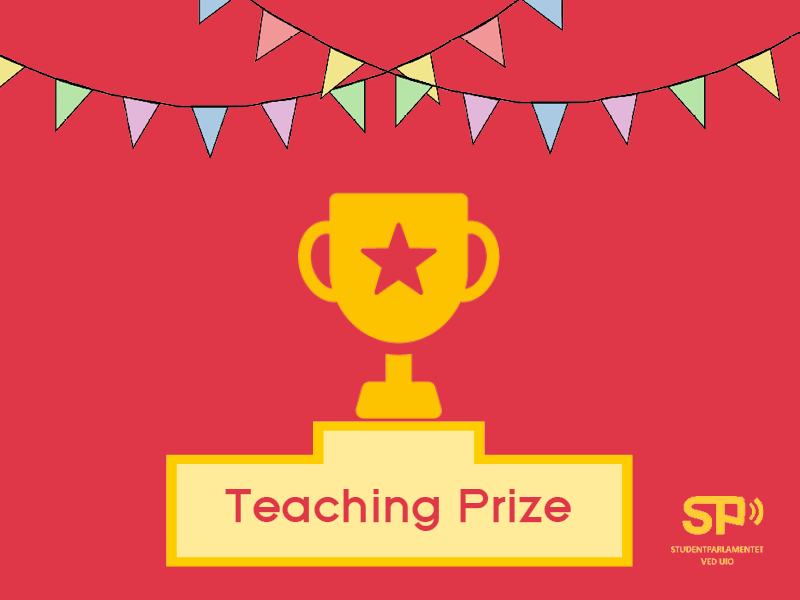 1. Candidates
Individuals, groups and entities that have made an effort to enhance the teaching at the University of Oslo.

2. Nominations
All students at UiO can nominate candidates for the prize. The nomination and justification must be submitted to s.a. biseth-michelsen@sp.uio.no.

The justification must show how the nominee satisfies at least some of these criteria, but does not have to include all of them. The justification should also include references to contact persons for more background information.

The student councils from the respective faculties are asked to find a fitting representative.

The Executive Committee of the Student Parliament provides a secretary for the award committee.

The award consists of a diploma and a gift to the winner.

Responsible for this page